Ciao, my name is Duke and I am an Italian boy. I was adopted by mom when I was 10. I am half Belgian Malinois and half Malamute. I moved to NZ when I was almost 13. I adored the NZ nature and the sheep of course J . In the 2014, my Vet told mom that I have severe spondylosis. My hind area is starting to drop and I looked like a German Shepherd no longer a Belgian or Malamute.

Mom was worried and one day she brought me to Kym to try some alternative pain relief . She was trying to find a more natural way to kill the pain and keep me going. Since my mom is basically Asian, she knows that acupuncture works well for human so might as well tried on me she says. Kym introduced me to Chinese needles! I wasn’t that keen to try at the beginning because I don’t like needles! But my first session turned out to be not that bad!! Kym has light hands so I didn’t feel the needles going into my body and after several intensive treatment at the beginning, it has definitely helped me to move freely again, playing with my squeeze ball and running around in the green fields of NZ. I used the needles for 2 years. It helped to keep my back, shoulders and legs relaxed and soft instead of being stiff all the time especially during winter time in a damp house.

Last year, 2016, I tried the laser. We combined laser and needles. From 2017 I only have laser. Not that the needles were not working for me, but due to my old age (almost 16) , I feel the laser works better for me. I like lying and being combed by the laser comb that works straight to release my pain and stiffness. I managed even to do my debut on my Mom’s wedding as ring bearer this Jan 2017. I am seeing Kym fortnightly now and she has been really good keeping me going as I still wants to do lot of things and explore NZ. I have been travelling a lot with my Mom and Dad in north island but not yet south island. Maybe mom is worried that I may stay in south island because of the amount of the sheep they have there lol. 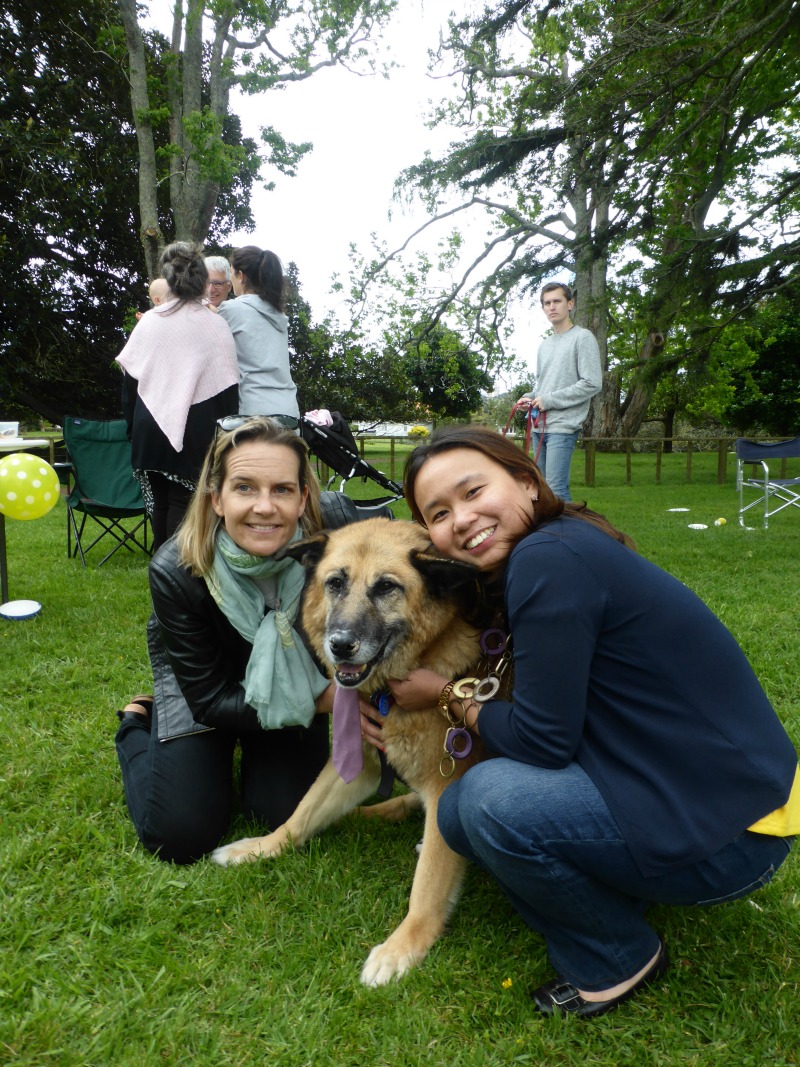